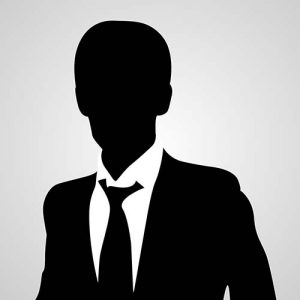 We lost our friend and colleague Peter Byrnes to cancer in June 2007. An accomplished trial lawyer, Peter was a Fellow of the American College of Trial Lawyers and the International Society of Barristers and believed fervently in the American judicial system as well as the benefits of resolving disputes by arbitration and mediation.  We value his contributions to ADR and the rule of law and miss him greatly. 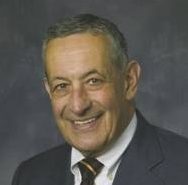 A sense of Dennis’s personality can be gleaned by

A skilled trial lawyer, consummate professional, good friend and one of the original members of this Roundtable, we shall miss Jerry. Born in Great Falls MT, Jerry spent his entire legal career trying cases in many courtrooms in Washington and neighboring states. He began his practice with the Washington State Attorney General's office (1957-1963), moving then to Ferguson & Burdell (1963-1995) and later to Gordon Thomas Honeywell, where he tried increasingly complex business cases, including representing both plaintiffs and defendants in antitrust litigation. Jerry was listed in the Litigation section of "The Best Lawyers in America" for 22 years. Jerry's trial talents were also well recognized when in 1979, he was inducted as a Fellow in the American College of Trial Lawyers, where he later served as State Chair and Regent, and was an active member of the National Trial Competition. Another ACTL Fellow, commenting on Jerry's passing, put it aptly: "Jerry was a great lawyer, very perceptive, and best of all a great guy. I had cases with him and against him. His dry sense of humor surfaced frequently. Jerry was a class act which set a high bar for all of us. I am a better person and lawyer for having known and worked with Jerry." There are some whose light continues to shine even after they are gone; Jerry was one of those.

Dave Wagoner, one of the original members of the Roundtable, a valued friend and internationally known arbitrator, will be sorely missed. Dave had a long and successful practice as a trial lawyer with Perkins Coie before - in "retirement" - embarking on a new career as an international arbitrator and mediator. A Fellow of the American College of Trial Lawyers and the College of Commercial Arbitrators, he also had a strong commitment to his community, serving as an elected member and President of the Seattle School Board and as Governor of The Evergreen State College, in addition to coaching students at the University of Washington Law School in international arbitration competitions in Vienna and Hong Kong. A passionate fan of baseball, football and the arts, Dave discovered a talent for painting which gave him - and his friends and family - much joy. A gentleman's gentleman, Dave's light will also continue to shine even though he is no longer physically with us.